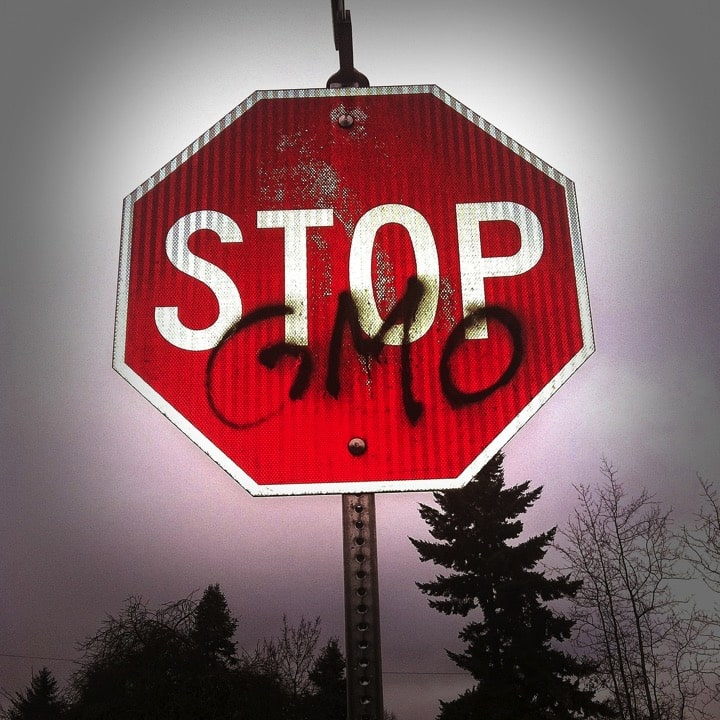 Why Functional Formularies is Non-GMO And How to Avoid Glyphosates

Let’s start from the beginning: Genetically Modified Organisms (GMOs) are plants or animals that have had genetic material inserted into their inherent or natural DNA. These processes can create new traits in the food or offer a plant a new level of resistance to a chemical used for weed or pest control. In some cases, as with Bt crops, this addition of genetic material allows a pesticide found in certain bacteria to be produced directly by the plant.

While the debate goes on with respect to the potential health risks and environmental/species impacts created by manipulating genetic material and recombining genes with different species, one thing is for sure: the vast majority of GMO crops contain very high levels of glyphosates, a toxic herbicide.

This is where part of the smoke and mirror defense starts with the manufacturers and lobbyists who represent GMO patent holders. Confusion is to be expected when the conversation contains words like genetic, DNA, organisms, glyphosates, Bacillus thuringiensis, and half-life. Many consumers immediately start to glaze over at these technical words. It is made much worse when industry sponsored research uses these two components of high-tech, modern agriculture synonymously. GMOs are almost always found with high glyphosate residues, but the two are very different parts of the plant or growing system. GMO Roundup Ready® corn or soybeans for instance, contain newly added genetic material, but that material is added to allow for application of the glyphosate herbicide commonly known as Roundup. The newly added genes are suspect but the herbicide is appearing more and more guilty every week. A defense can be made, although limited, more easily for the safety of GMOs because we do not know as much about the long-term effects of feeding plants or animals with that newly added DNA to humans, livestock, or rodents. While most people are under the impression that it is the newly added genetic material that is the potential health threat (this may be shown to be true), it is actually the chemical that accompanies this genetic technology that has been shown to be so disruptive to human health.

Authors Anthony Stamsel, PhD and Stefanie Seneff, PhD recently published an excellent review paper on the various mechanisms involved with the metabolism of glyphosates and how they are responsible for a variety of human diseases, many of which are growing linearly with the increasing use of glyphosates.

The most alarming part of this entire story is how misrepresented the industry research has been:

“In Monsanto’s studies, it was often the low dose of glyphosate that had the biggest impact on the gland, organ, or prevalence of tumors. Armed with the false concept that “The dose makes the poison,” Monsanto researchers flatly ignored findings where a lower dose had a larger effect than a higher dose.”

“When Gilles-Eric Seralini and his French team reproduced and extended the length of Monsanto’s 3-month GMO maize rat-fed study for the life of the animals, they observed profuse cancer and tumor development started after the 4th month of the study. Monsanto continues to stand by its 3-month study as sufficient proof of GM maize’s safety. Yet the thoroughness and variety of Monsanto’s research operations should give strong reason to suspect that Monsanto has likewise conducted long term studies and knows all too well the deleterious effects of its pesticides, herbicides and genetically modified crops.”

Even with this cherry picking by industry-led researchers, many countries and the European Union have seen enough. Recently glyphosates have been determined to be carcinogenic and several countries have banned their use.

As researchers Thomas Bohn and Marek Cuhra point out, “Such revelations have serious implications for Americans who eat an average of 193 pounds of genetically engineered foods each year.” In an article for The Ecologist, these two researchers also state that these levels are more than twice the amount that Monsanto itself has referred to as an “extreme level of GMO food consumption.”

Additionally, it is summarized by the authors that, “All of the individual samples of GM-soy contained residues of both glyphosate and AMPA, on average 9.0 mg/kg of soybeans. This is interesting, because in 1999 Monsanto stated that 5.6mg/kg of food were ‘…extreme levels, and far higher than those typically found.'(Monsanto 1999).”

“Monsanto (manufacturer of glyphosate) has claimed that residues of glyphosate in GM soy are lower than in conventional soybeans, where glyphosate residues have been measured up to 16-17 mg/kg of food (Monsanto 1999). These residues, found in non-GM plants, likely must have been due to the practice of spraying before harvest (for desiccation).”

In summary, glyphosates are widely distributed in US foods. Choosing organic produce, grass-fed meats and wild, non-GMO fish, and limiting cereal products are the best things we can do. As well, demand that your local grocery store list those foods that are GMO. Until then, suspect that any food containing corn, soybeans, soybean oil, canola oil, and/or are fed these as part of their feed ration (beef, poultry, pork, and dairy) are at least a moderate source of the chemical herbicide glyphosate.

Category: News Tags: people of hope
Critical Concepts in the Nutritional Support of Mitochondria
Benefits of Polyphenols and a Low Fructose Diet